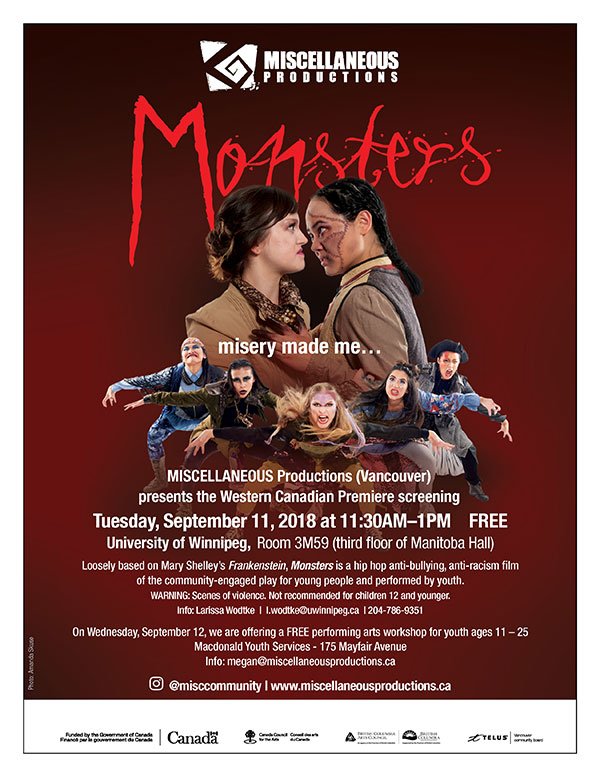 The Centre for Research in Young People’s Texts and Cultures will be hosting a free screening of Miscellaneous Production’s Monsters in room 3M59 at the University of Winnipeg from 11:30am to 1:00pm on Tuesday, September 11. Loosely based on Mary Shelley’s Frankenstein, Monsters is a hip-hop anti-bullying, anti-racism film of the play for young people and performed by youth, which was developed through engagement with the community. Following the 55-minute film, members of the Miscellaneous team (including two of the teenage members of the creative collaboration) will answer questions about the production and the process of its development. Miscellaneous Productions is a charitable organization in Vancouver that provides free pre-professional performing arts training to socially and culturally diverse youth and youth-at-risk.

Free Screening of Monsters, an Anti-Bullying and Anti-Racism Play for and by Young People

The New Tween Heroine in The Chronicles of Narnia and Coraline: Rewriting Discourses of Identity through Cross-media Narratives